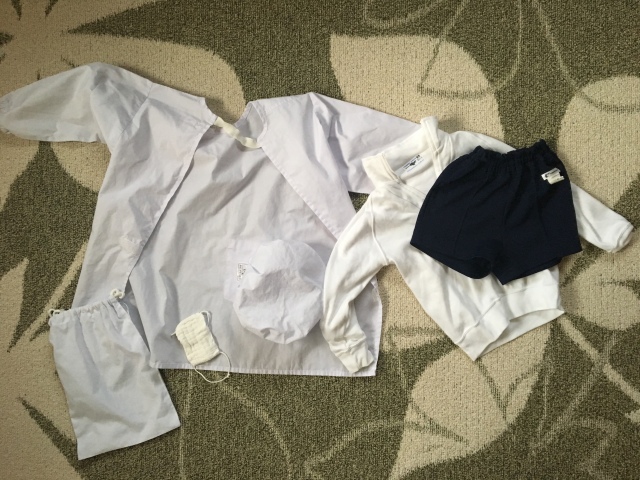 In mid-April, I went to a parent-teacher conference. Actually, it was more like an enforced PTA committee, which one parent per kid had to attend. As a group. We sat at our kids’ desks (tiny!) and introduced ourselves.

This was after we watched our kids introduce themselves in front of their classmates (1stgraders) and learn how to use a Japanese dictionary (3rdgraders). But more on that later…

The parent-teacher conferences assume that mom is a homemaker who deals with all aspects of the children’s education while dad goes to work and comes home at midnight six days a week.

While there still are plenty of homemakers in Japan, there have been an increasing number of mothers who work either part or full time, as well as an increasing number of single mothers (and a few single fathers, but by and large Japanese men still continue to avoid childcare duties, though some signs point to a possible change in attitude).

And so it came to be that during the 1st grade parent-teacher gakkyu kondankai(学級懇談会grade meeting, i.e., conference) that some parents were missing, some grandparents came in the place of parents, and some parents who did come were concerned about the schedule.

We got a B4 paper with details about every aspect of the first academic term (from April 11thto July 20th), including health checks (random days all the way until the end of May), items to bring for the lunch activities (kids in Japan help to distribute food from the kitchen to classmates in the actual classroom – see the photo for the kyuushokugi uniform), homework (prints, oral readings, music books, math flashcards etc.), gym clothes and shoes, leaving school schedules, and a host of other things. A lot of this was repeated information that had been sent to us in February regarding school materials. This included gym shoes, gym uniform, and school lunch uniform. All had to be brought in separate bags (two of which my wife made by hand, from materials chosen by each daughter)

Fortunately, my wife and I have been through this already with our oldest daughter.

But the micro-managing schedule is something I’ve never gotten used to here. In a way it’s helpful to have a detailed list of school requirements on a single piece of paper — the teacher of course reminds kids to tell their parents, but most kids don’t remember, and the school doesn’t want to waste money, paper, and time to make handouts twice or three times a week. (So, no, there are no “school trip permission slips” in Japan. The kids have permission to go on trips by virtue of being at the school, is the sentiment. And the school has already agreed to take full responsibility for whatever happens on the trip, by virtue of being the school.)

Two years ago I went to the 1stgrade P-T conference for my oldest daughter. I was tasked with taking notes for my wife, and I utterly failed to do so. She had to call other mothers and the homeroom teacher to find out what I had missed.

This time, I managed to catch much more details, although I still had to ask her to repeat a few things.

You see, while all this was going on, kids were running around the hallway screaming at each other before the break time came and the school PA system was filled with the theme song from “My Neighbor Totoro.” My head started hurting even while the introductions were continuing.

The teacher has asked us of each to stand, say our names, and then say our favorite food. Some parents (and grandparents) tittered at this last request. It was a bit childish, but we all gamely played along.

I knew two parents already from the nursery school. Interestingly enough, one of these parents stood to say that his name and his wife’s name were not the same because of personal choice, but asked us please to remember them for future reference.

This is interesting because according to Japanese law, one of the spouses must take the other’s name. Usually the woman takes the man’s name, but in cases where the wife’s family has no male children, it’s not uncommon for the man to take the wife’s name (technically the family adopts him – the term is 婿養子 muko-youshi, adopted groom – in order for the family name to continue, and in fact, this is by far the most common form of adoption. Over 90% of the 81,000 adoptions in Japan are muko-youshi).

But it’s against the law for married couples to keep their own names. So my daughter’s classmate’s parents would get married just before the child was born (to guarantee the child would be a legal heir) and then get divorced after the birth so that they could legally keep their birth names. (Some Japanese politicians do this, actually, as a form of protest…)

But my wife and I also have separate family names. In fact, this is only possible because I’m not a Japanese citizen. I’m terrible at public speaking, but thanks to work colleagues I’ve slowly gotten better at introducing myself in Japanese in front of others. So when I mentioned that my wife and I had different family names, that she was from Kagoshima, and that my favorite food was sashimi and shochu, a few broke into wide grins and laughed while others looked confused. Either this was at having a different name, or at the fact I was using Japanese. Later I found out that one of the fathers was working at the same university as my wife (a different campus, however). When I explained that I, too, taught English at university, he asked twice whether I had my own language school nearby. I’m fairly certain my explanation had been clear. Simple cognitive dissonance.

Anyway, out of the 26 guardians at the meeting (1 was absent due to work), one was a grandfather, three were fathers, and about three or four of the mothers were working full-time. A few others were working part-time, but about half were homemakers. This seems to be the current ratio throughout much of Japan, although the numbers of working mothers is undoubtedly higher than what it used to be even twenty years ago.

The most irritating thing had actually been the way the teachers and members of the PTA addressed us at the end of checking the materials needed.

“Please let us know if you need an extra name tag for your husband.”

Um. Three of us were the husband. But that didn’t seem to bother the PTA head.

At any rate, we all passed around “name pens” (erasable magic markers for use on clothing and plastic). Then we wrote our children’s names on umbrellas, music books, and three parts of a “exploration board” (tanken boudo, 探検ボード, a kind of clipboard with a velcro-fastened pouch used by kids to record their impressions when they’re taken around the school grounds to familiarize them with the location of rooms).

PTA is an exploration, all right.

Next time. I promise.

Long ago, I gave up my high school dreams of becoming the next Carl Sagan and instead wound up working (in order) at McDonald's, a '60s-themed restaurant, a video rental store, a used bookstore, a computer seller, Kinko's, a Jewish newspaper company, and an HR firm. I eventually became a teacher of intercultural communication in Kyoto, where I vainly attempt to apply quantum mechanics to language teaching, practice martial arts and Zen Buddhism, and always keep one eye on the sky. Yes, I know my profile photo's backward. I just think it looks better this way.
View all posts by MThomas →
This entry was posted in education, Japan, Japanese, Japanese culture, Japanese law, Japanese society, parenting, school and tagged education, elementary school, Japan, micromanaging, names, parents, PTA. Bookmark the permalink.